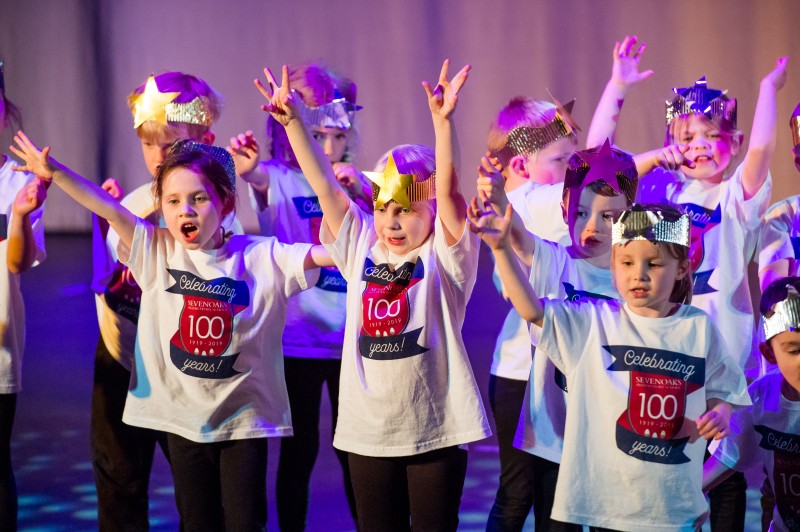 Almost 300 of our pupils took to the stage at The Stag Theatre in Sevenoaks last week as cast members of either the Pre-Prep or Middle School productions.

‘Our Chance To Shine’ was a wonderful, musical celebration of the first 100 years of our school. The Pre-Prep pupils, from Reception to Year 2, showed great confidence, musicality, energy and humour in performing sketches and songs which received a raptuous response from the packed auditorium.

Our Middle School pupils, from Years 3 to 6, showed great maturity in their production of ‘Poptastic!’ across two nights and impressed the audiences, including writer Andrew Bailey who said the cast had brought his show “beautifully to life”. The fun production charts the rise and fall of an ambitious young singer and explores the importance of friendship, honesty and loyalty.

Well done to everyone involved!

How To Find Us
NEWS 22.06.2021
On Friday, we celebrated STEAM with a series of activities and challenges that encompassed Science, Technology,...
NEWS 21.05.2021
A huge thank you to everyone who supported our campaign this week by donating food items...
NEWS 11.05.2021
Mental Health Awareness Week is a wonderful opportunity to reiterate important messages about how we can...
NEWS 23.04.2021
From our tennis club which starts the week and runs every morning before school, to golf...
This site uses cookies: find out more